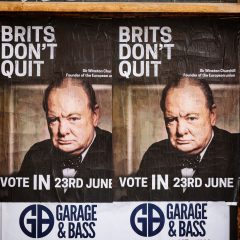 Back in March, before the referendum campaign that would ultimately eject Britain from the European Union, I wrote an article arguing that UKIP had successful transcended its status as a single-issue party. Like other groupings across Europe that began as protest movements against supranational integration, UKIP had broadened its appeal to become an expression of […]